Welcome to “Thursday Numbers!” In case you are a first-time visitor, this is the weekly column where I take a look at the numbers in the news (in descending order) and provide commentary sometimes sprinkled with sarcasm and humor.

That’s how many people (96.4 million) watched the Super Bowl on Sunday. Viewership figures for Super Bowl LV were lower than any for the game since 2006, and one important metric showed the lowest number since 1969 when Joe Namath’s New York Jets upset the Baltimore Colts in Super Bowl III. (WaPo)

My Chiefs imploded in the first half.

*Note: On Thursdays, this column is published right after 6:30 a.m. (Montana time), so I can post the latest unemployment numbers.

That is how many people have died in the United States from coronavirus, according to the latest data compiled by Johns Hopkins University. There are at least 471,764 deaths and 27,288,290 cases across the country so far. The first death in the USA was reported on February 29, 2020. (Johns Hopkins)

Dozens of former Republican officials, who view the party as unwilling to stand up to former President Donald Trump and his attempts to undermine U.S. democracy, are in talks to form a center-right breakaway party, four people involved in the discussions told Reuters. More than 120 of them held a Zoom call last Friday to discuss the breakaway group, which would run on a platform of “principled conservatism,” including adherence to the Constitution and the rule of law – ideas those involved say have been trashed by Trump. (Reuters)

Forming a “center-right breakaway party” will help Democrats. The Republicans need to take back their party.

The 1996 movie “The People vs. Larry Flynt” is a great movie about Flynt and free speech. Woody Harrelson played Flynt.

During former President Donald Trump’s impeachment trial, Congressman Eric Swalwell presented unreleased footage from security cameras in the Capitol on January 6 which showed lawmakers fleeing their chambers in a hallway very close, he said, to where the mob was amassing just 58 steps away. (Reuters)

It was a very dangerous time.

Americans’ opinions of the Republican Party have worsened in recent months, with 37% now saying they have a favorable view of the party, down from 43% in November. This decline, along with a slight increase in the Democratic Party’s positive ratings, to 48%, gives the Democrats a rare double-digit advantage in favorability. (Gallup)

The Republican Party has tilted too far to the right.

The eight penalties by the Kansas City Chiefs in the first half of the Super Bowl was a record. (Chiefs Wire)

They did not handle the situation very well.

Tom Brady has more rings than any player in NFL history after winning a seventh championship in Super Bowl 55. (Sporting News)

I will have more about the governor’s decision on Friday.

It was a little chilly this morning… 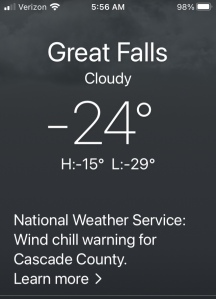