Equality is the soul of liberty; there is, in fact, no liberty without it. – Frances Wright

Welcome to the big show to end the week “Caught My Eye” (CME)!

Since it’s an awfully long way to fly Air Force 2 just to campaign, Pence will also do something official-looking so that taxpayers will have to pay part of the bill.

It was announced by MTN News that Pence will tour the Westmoreland Coal Company’s Absaloka Mine on the Crow Indian Reservation before the campaign rally. Interior Secretary Ryan Zinke and Sen. Steve Daines will join Pence on the tour of the coal mine.

Meanwhile, the Gianforte rally is scheduled to begin at 6 p.m. at the MetraPark Pavilion.

If you have read my comments about cellphone bans, then you know I think there are several other things that I think can cause distracted driving. I think cellphone bans are a waste of time. I also think local communities like Great Falls are using the cellphone ordinance to raise money.

A bill (HB 562) that passed the Montana Legislature with bipartisan support would have basically capped the amount that cities like Great Falls can fine people for driving while using a cellphone. It was vetoed by Governor Steve Bullock. Shame on him.

Now our inept commissioners and mayor can go wild and raise lots of money.

Montana needs our police officers out there combating drunk drivers, which is a real problem.

As of this morning, I have received five fliers via the postal service, and one was left on my door. All were Pro-Gianforte and paid for by Republican groups:

Maybe the Democrats should cut down on a few of their emails and send some fliers themselves. It might help Quist a little.

Those are the two issues that people say are the most serious problems facing the United States according to a recent Gallup Poll. Immigration/Illegal aliens were a distant third.

If you listen or watch CNN, MSNBC, CBS, ABC, and NBC then you’re hearing that the Trump Administration is in big trouble and they are the gang that can’t shoot straight.

If you watch Fox News, especially “Hannity” then you’re hearing that all the liberal media wants to do is destroy President Trump. Hannity says they suffer from Trump derangement syndrome.

Both sides make some valid points.

The Trump team cannot seem to send a clear message about anything. At press briefings and when key people are out defending the President, we find out later that what they said was incorrect.

Some people on the networks believe that it’s Armageddon time for the President and every misstep is treated like it is impeachment time. We then hear comparisons to Nixon.

Sadly, Trump is learning on the job. He’s never had this much scrutiny from the media. He does not seem to have anyone on his team who can tell him to shut up.

Meanwhile, “we the people” get to sit back and watch the events unfold on our favorite television station – you know – the one that tells us things we like to hear. 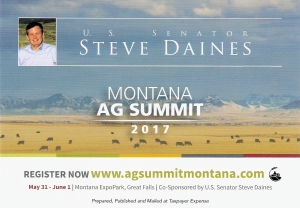 God could not be everywhere, and therefore he made mothers. – Rudyard Kipling

2 thoughts on “Caught My Eye…”