Ability is what you’re capable of doing. Motivation determines what you do. Attitude determines how well you do it. – Lou Holtz

If you are a first-time visitor, the highly popular “Caught My Eye” has been posted here every Friday morning since October 2010! This column is where I take a look at some of the stories I did not have time to write about during the week. Sometimes I throw in a touch of snarkiness to make you smile – or to irritate you just a little – maybe both.

Today I write about flirting and politics, the Veterans Party of Montana, Iran Deal & Daines/Zinke, Great Falls to Chicago, the GOP Presidential Debate & some facts, Dislike, the Kansas City Chiefs choke, and much more!

According to the Montana Commissioner of Political Practices Jonathan Motl and reported by the Associated Press this week, Montana law allows room for a person to “flirt” with being a candidate before actually declaring his or her candidacy.

A complaint was filed against Republican Greg Gianforte, who may be running for Governor. The complaint alleged that he spent money on a website and an employee and a statewide speaking tour.

Montana Republicans should be happy (and relieved) with this decision. It showed that Commissioner Motl who was appointed by Democratic Governor Steve Bullock, and who many believe will be challenged by Gianforte, was very fair in this decision.

I’m a veteran and I like to support veterans who run for office. On my bio page, I tell readers that veterans always score higher with me than non-veterans and wannabes.

So I was happy to hear about a new political party forming in Montana called the Veterans Party of Montana. Read the story from the Great Falls Tribune reporter Phil Drake HERE. I’ll be doing some research on the new party in the next few weeks.

Like many folks, I’m not that happy with the current political parties and since the Montana Republican Party wants to exclude folks whom they feel are not pure Republicans, another choice might be refreshing.

You can see the Veterans Party of Montana’s Facebook page HERE.

The U.S. Senate failed to stop the Iran Nuclear deal again this week. What that means to Montana is that we received another round of press releases condemning the plan from U.S. Senator Steve Daines and U.S. Representative Ryan Zinke – both Republicans.

Zinke continues to use the line, “Everyone who votes in support of this is going to be held accountable.” Deep down I think Zinke is looking at challenging Montana’s senior Senator, Jon Tester, a Democrat who supports the deal. That would be political suicide for Zinke, but dumber things have happened in Montana’s political world.

If Daines and Zinke wait long enough, I’m sure President Donald Trump will tear up the agreement the first day he is in office…

It’s kind of amazing to me, but apparently there’s a need for a nonstop flight between Great Falls (MT) and Chicago. Great Falls International Airport Director John Faulkner told the Great Falls Tribune that passenger traffic to and from the Chicago market has increased 38 percent over the last three years and about 60 percent of that traffic is inbound.

Maybe someone in the Great Falls area likes da Bears or the Bulls?

The U.S. Department of Transportation is giving the Great Falls International Airport a $385,000 grant to help persuade an airline to begin nonstop service between Great Falls and Chicago.

Hopefully after that money is gone, the airline will stay. In this day and age, it will have to be profitable.

I wrote a little bit about the debate yesterday. I said that it was an exhausting three hour debate and that it was too long and had too many candidates participating.

There were around 22.9 million people who watched the debate, which was a lower number than the first GOP Presidential debate on Fox News. According to unscientific polls on Drudge and Time.com, Donald Trump easily won the debate.

I think Trump did fine and did not hurt himself, but Carly Fiorina probably did the best of all the candidates. I also thought Chris Christie and John Kasich did well, too. In the earlier debate that night, I believe that Lindsey Graham was the best in that debate. George Pataki was second.

Not everything said by the candidates proved to be true – especially the remarks by Fiorina about Planned Parenthood and the comments by Trump about vaccines. You can read a “Fact Check” from the Associated Press HERE.

In case you missed it, Facebook will be adding a button or buttons that USA Today reported could be like a “sympathize” button or a series of buttons that convey support or solidarity or express other similarly positive emotions.

I would like the idea of Facebook using a “Dislike” button, but I don’t think that is the plan right now. If it was allowed, it could cause some really interesting responses.

Sometimes I post this Someecard on my Facebook page that has this message “Glad you were able to find websites that tell you your terrible opinions are exactly right.”

Most readers know that I am a life-long Kansas City Chiefs fan. Last night the Broncos came from behind and beat the Chiefs in Kansas City 31-24. The Chiefs blew a 14 point lead early in the game and then led by a touchdown late and the Broncos tied it up.

Then “star’ multi-millionaire running back Jamaal Charles fumbled the ball (his second fumble of the game) with just a few seconds left in regulation and the Broncos ran it in for the winning touchdown.

In January 2014, we saw the Chiefs blow a 28 point lead in the playoffs. That loss is still in their heads. Thursday night’s collapse against Denver just adds to it. Head coach Andy Reid’s play calling was terrible last night – the game has passed him by.

The Chiefs will not put this loss behind them anytime soon. They don’t believe anymore.

Face it fellow Chiefs fans – Andy Reid is not good enough to lead the Chiefs to the Super Bowl. He’s a mediocre coach at best. 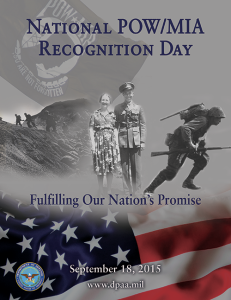